One of the world’s oldest and most famous military bands will be joining school pupils for a concert this week to celebrate the Queen’s Platinum Jubilee.

Alongside 350 children taking part from schools in North Yorkshire will be the Band of the Grenadier Guards.

The world famous military band, recognisable for its scarlet tunics and bearskin hats, played a key role as part of the Queen’s Platinum Jubilee Parade in London earlier this month. 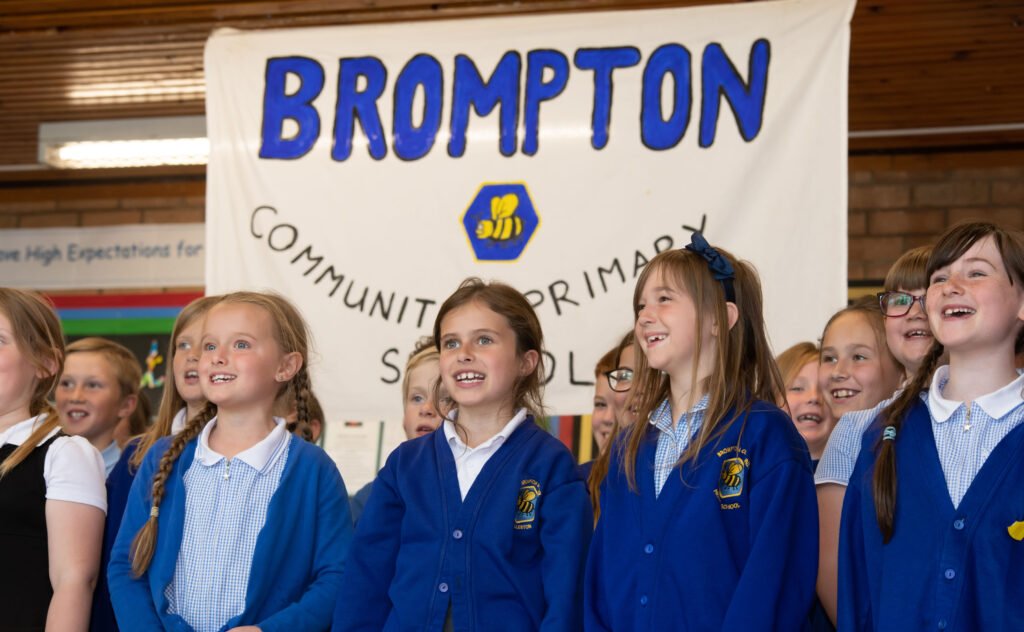 Brompton Community Primary School choir ahead of the Jubilee concert.

Sharing a billing with the Band of the Grenadier Guards will be North Yorkshire County Schools’ Big Band, the Junior and Primary Schools Choirs and Wind Band, Richmond Chamber Choir and the County Youth Choir.

They will be performing music from each decade of the Queen’s reign, including ‘Waterloo’ by Abba, ‘I Want You Back’ by The Jackson 5 and ‘Hey Jude’ by The Beatles.

The Band of the Grenadier Guards will be performing Crown Imperial, music from West Side Story, Symphony by Clean Bandit and rounding off the evening with Pomp and Circumstance by Edward Elgar and the National Anthem.

One of the Grenadier Guards, George Hirst, is a former North Yorkshire school pupil who was a member of some of the music service ensembles and will be playing at the concert.

The trumpet player was a former member of Selby Music Centre, the County Youth Big Band and County Youth Orchestra from the age of 12.

“Children from schools in North Yorkshire have been working hard to prepare for this very special concert and to put on a performance they, and everyone else, will no doubt be proud of.

“We are very proud that one of those former music service musicians, George Hirst, will be returning with the Grenadier Guards, which he joined last year.

“It’s a great honour and a fantastic experience for our young people to be performing with one of the world’s most prestigious and recognisable military bands to mark the Platinum Jubilee. It should be an evening for everyone to remember for many years to come.”

Tickets can be purchased via the Harrogate Theatres box office website for free, with a small booking fee applied.