Police are investigating a collision near Harrogate that left two people injured.

Two cars were involved and both drivers were left with minor injuries. 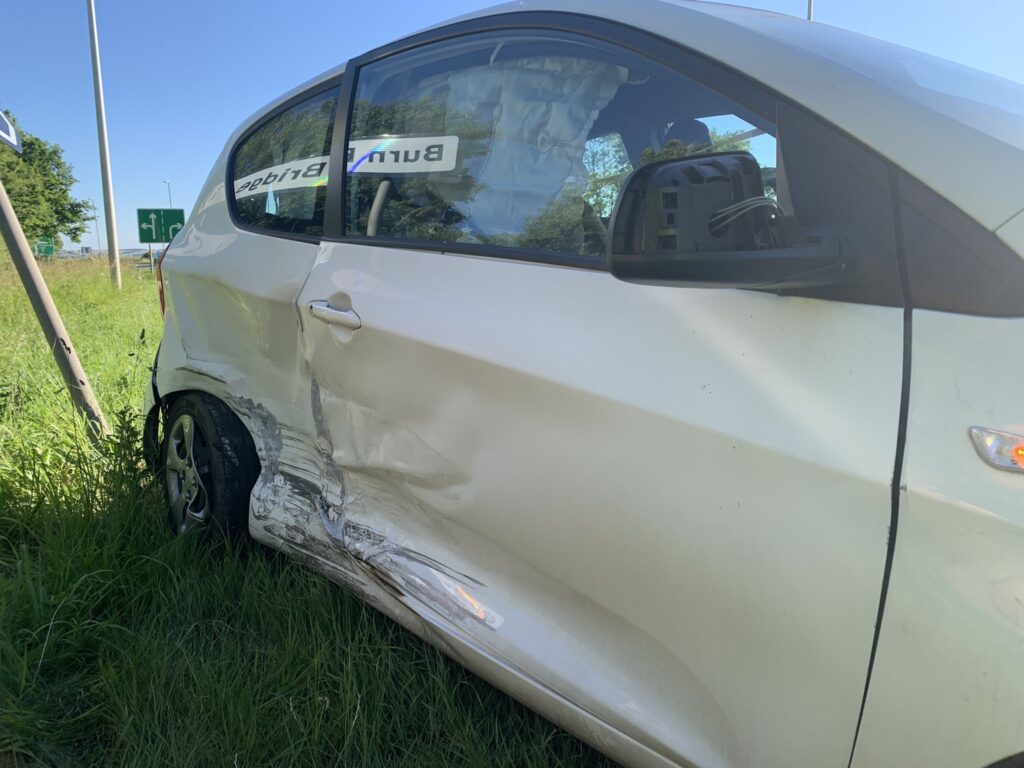 Damage caused by the collision near Burn Bridge.

Sgt Paul Cording, who was on the scene, said:

“Finished off our shift at a collision near Burn Bridge near Harrogate which caused a few delays during rush hour.

“Thankfully there were only minor injury to both drivers and they (along with two uninjured dogs) have all now made their way home. An investigation is ongoing.”