In a partnership with the creative team at Hallmark Cards, ‘HG1 for Everyone’ has seen a series of colourful graphics appear on blocked up windows across the town.

They can be found at the former Post Office on Cambridge Road, the side of Lakeland on Petergate (between James Street and Cambridge Street), and Cambridge Mews, off Oxford Street.

“We have called it ‘HG1 for Everyone’ because that’s our goal – a town centre that everyone – visitors, residents and workers alike – can appreciate.

“And because the three art installations have all been created on wooden boards, it means we can move them to other areas if the need arises.” 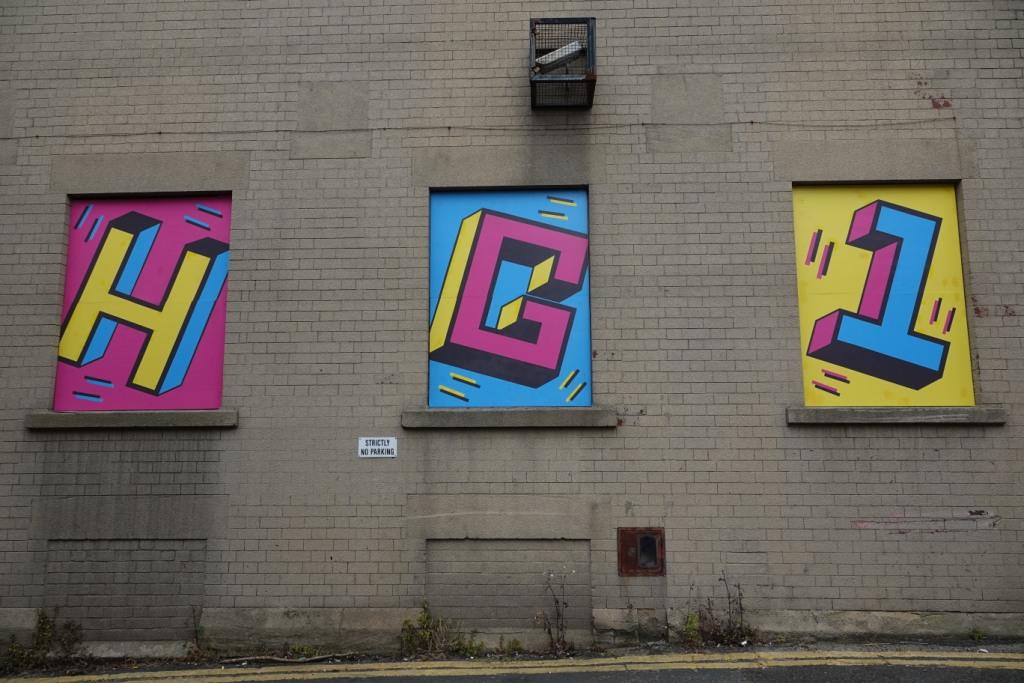 The ‘HG1 for Everyone’ street art in Harrogate.

Whilst the Petergate artwork depicts Harrogate in four seasons and features Crimple Viaduct and flowers, those on Cambridge Road celebrate the 125th anniversary of the Turkish Baths, and Cambridge Mews’ shouts fun in dramatic colours and straight lines.

“Three of our objectives are to make Harrogate town centre clean, safe and welcoming, and these three new art works are helping cheer up one empty business unit and two of our side streets.

“We want residents to have pride in their town centre, and instead of a boarded-up post office and two none descript streets, we now have exciting art.”

These temporary installations have appeared in the same week as mural ‘magician’ Sam Porter starts adding a splash of colour to the former Debenhams store on Parliament Street.

And earlier this year, nine colourful mosaics spelling the word Harrogate and created by town centre charity, Artizan International, were attached to the side of Boots on Cambridge Place.

The latest artwork is the brainchild of Harrogate BID Project Lead, Jo Caswell, a professional artist who worked for more than 20 years in the greetings cards industry, including with Hallmark. 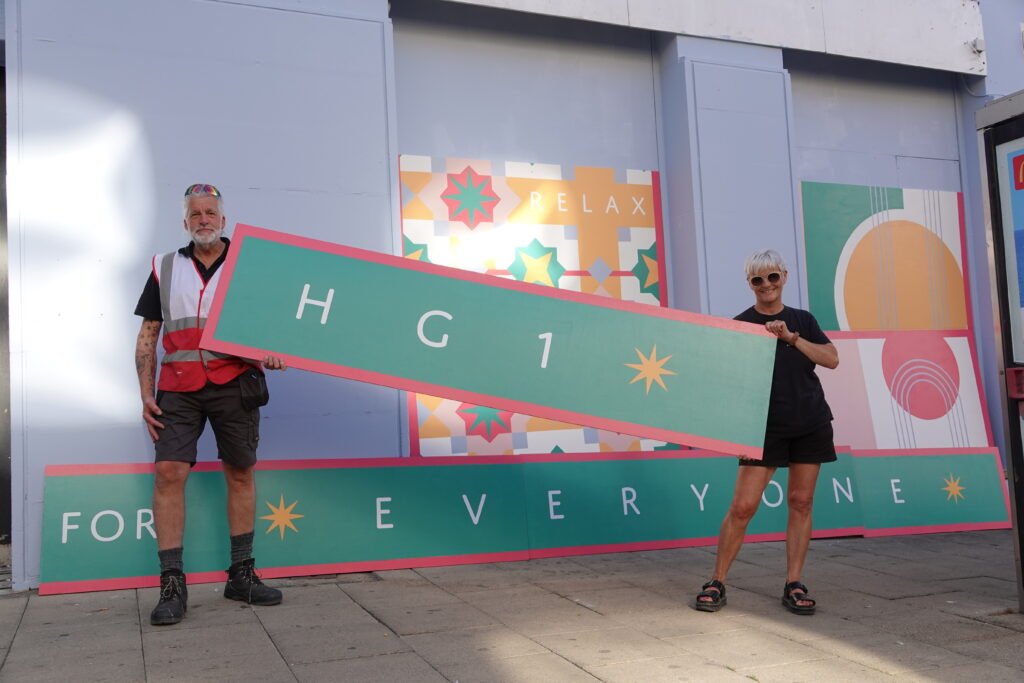 She is also behind’s BID forthcoming Floral Summer of Celebration, which in just a few weeks’ time will see eight large scale floral displays taking root in different areas of the town.

“Thanks to Jo’s links with Hallmark, we have been able to deliver this ‘HG1 for Everyone’ temporary art installations within Harrogate town centre,

“Hallmark not only funded the paints, it gave staff members time off to make the designs and also made a video of the ‘making of them’.”