Year 13 leavers at Rossett School have celebrated their ‘graduation’ from Sixth Form at a special farewell event.

The Class of 2022 Graduation Ceremony was a formal celebration of the students’ contribution and achievements during their years at Rossett School.

Headteacher Helen Woodcock and Head of Sixth Form Roger Keyworth gave welcome speeches before graduation certificates and yearbooks were presented to each student.

Sixth Form Senior Prefects and Committee also presented a series of novelty awards following voting from all in Year 13. 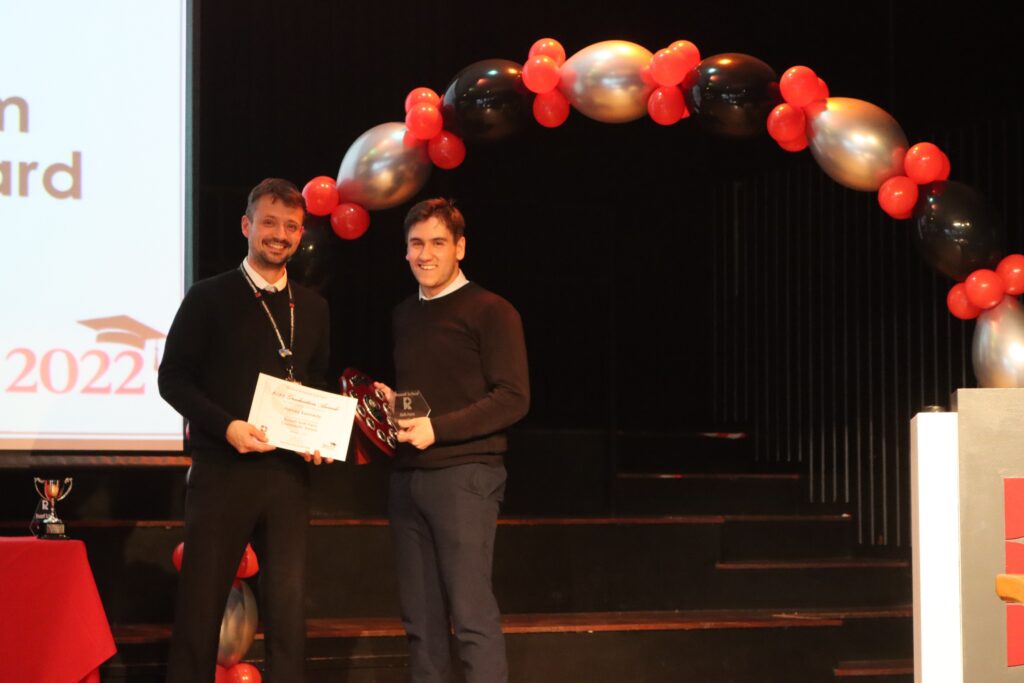 A keynote speech was given by former Rossett Sixth Form Head Girl Lucy Hopkins, who returned to the school having just finished her degree in Business and Languages at Durham University.

She reflected on the fantastic time she’d had at Rossett Sixth Form and offered some excellent career and life advice to the students.

Musical performances were given by Udayan Purandare on the piano and the Year 13 band.

“Our Year 13 students have so much to be proud of and the Graduation Ceremony was a fantastic celebration of everything they have achieved at Rossett.

“We look forward to celebrating with them again on Results’ Day this summer, and wish each of them every success in the future.”