A primary school near Ripon have put on a full reenactment of the Queen’s coronation to celebrate her Platinum Jubilee.

Children from Grewelthorpe CE Primary School dressed up as bishops, royal family members and knights of the Garter for the reenactment at St James Church.

They created their own props and costumes from scratch, including the crown jewels. 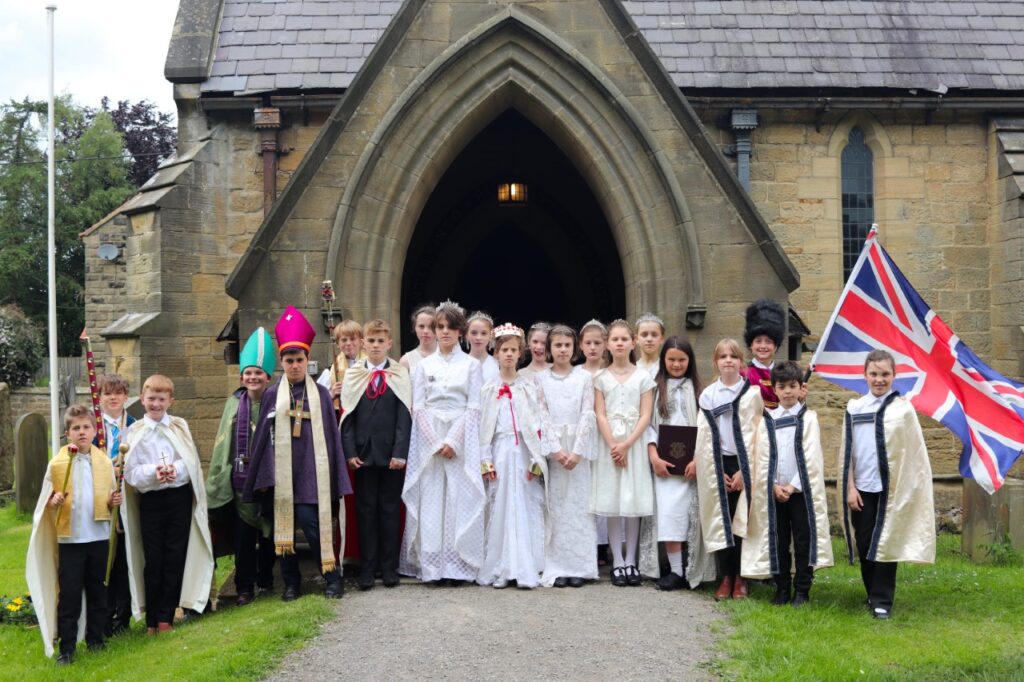 Grewelthorpe staff sang songs throughout the reenactment whilst the school’s piano teacher played the organ.

“I was extremely pleased to play the Queen and I enjoyed learning my lines and all about the Crown jewels which have been used in the past coronations.”

The Archbishop was played by 11-year-old Joseph Goddard. 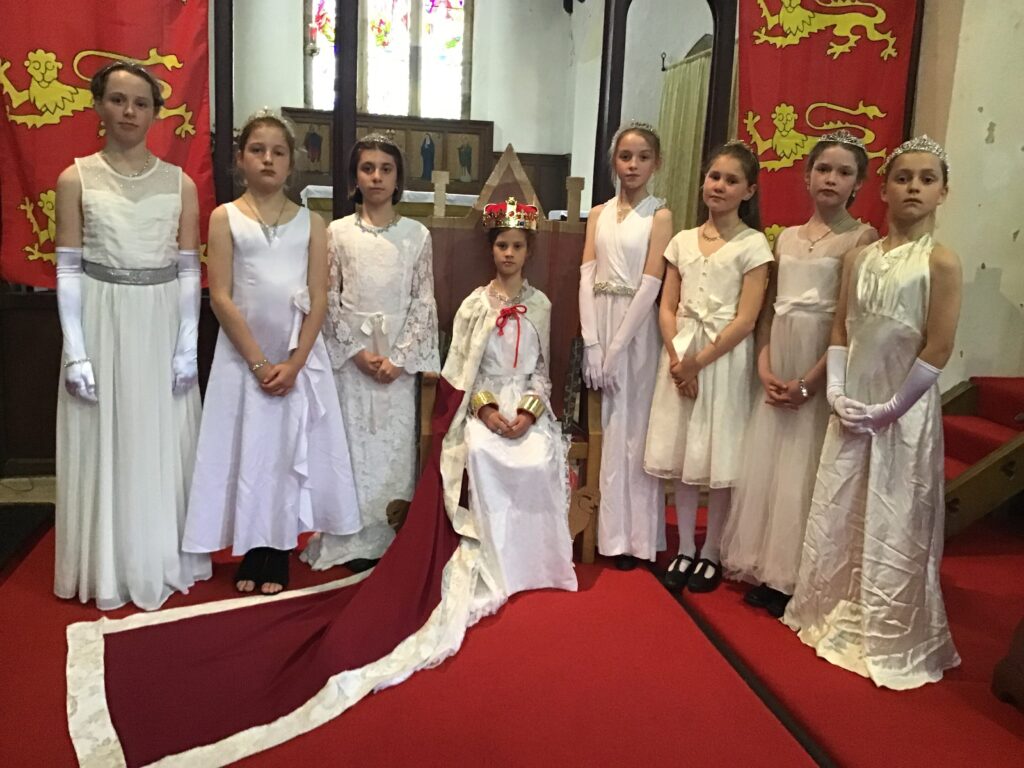 The Queen poses with her maids of honour.

Ismay Dalton, who played a maid of honour, said:

“It was thrilling to have the chance to play one of the Queen’s maids of honour – and felt very grand for us in our village church.

“I can’t imagine the scale in Westminster Abbey.”

“I am so proud of our community who always step up the challenge; the children, staff and the wider community all helped play a part to allow this wonderful production to take place.

“The children were all flawless and maintained their regal role throughout and looked marvellous in their costumes.” 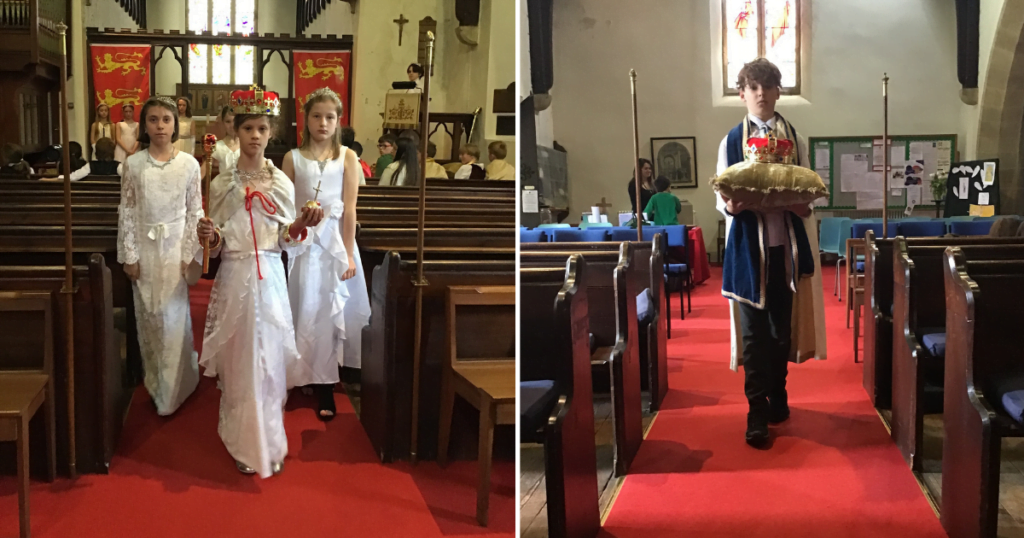 “It’s been a real pleasure to put on this coronation re-enactment and something which the children have thoroughly enjoyed and will always remember.

“The excitement and buzz around the school has been very exciting and we’re all very proud of them.”