North Yorkshire Police have visited a Ripon primary school to teach children about the dangers of knife crime.

Schools Liaison Officers have teamed up with award-winning author Christina Gabbitas to deliver the hard-hitting and impactful messages.

“Education at an early stage is crucial to steer children away from falling into a criminal lifestyle and becoming exploited.

“Some young people think it’s safe to carry a knife in case they need it for self-defence – but this could not be further from the truth.

“Any knife in the hands of anyone can cost lives and that’s what we hope the children we have engaged with this week have learned.” 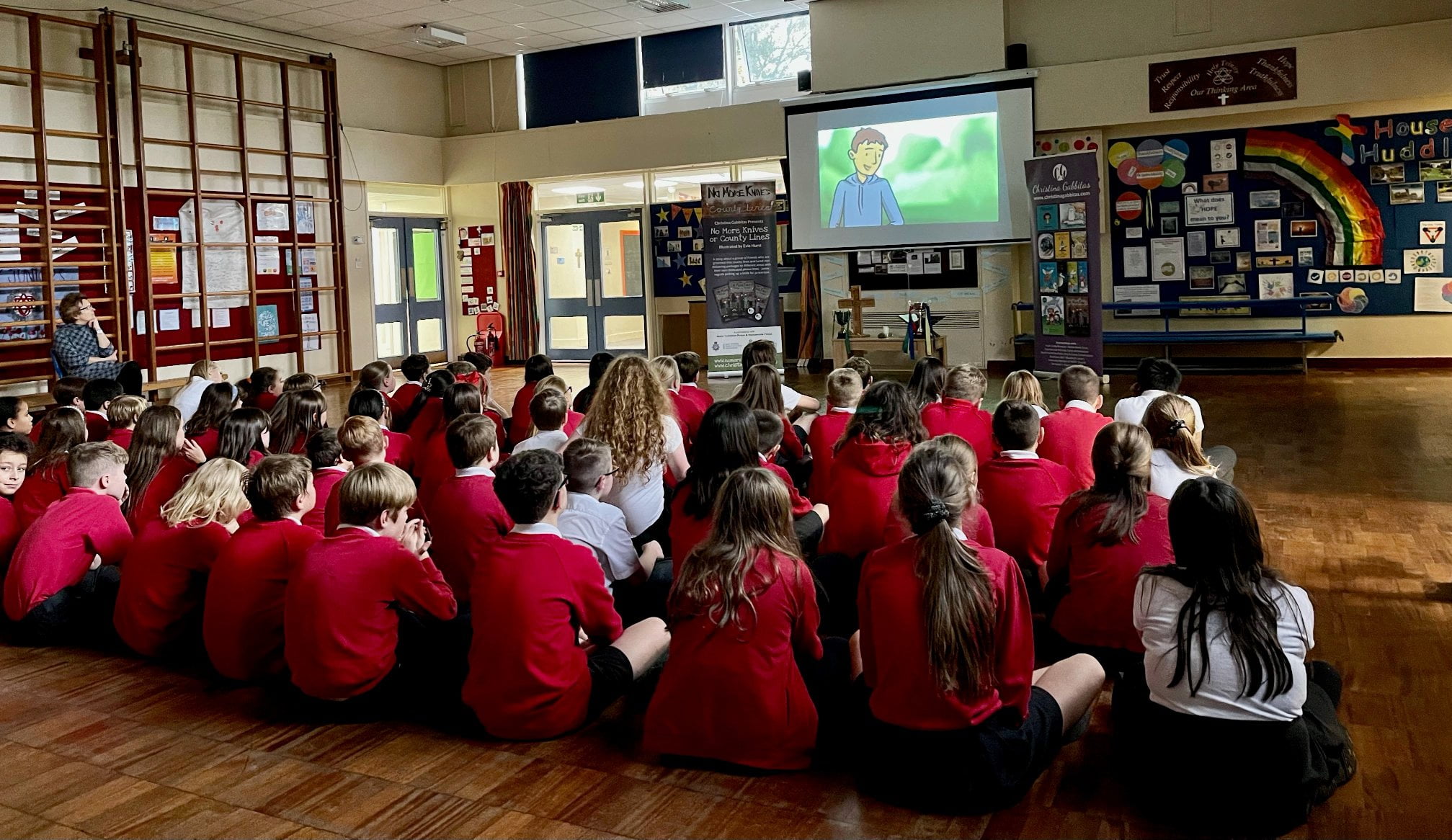 Children at Holy Trinity in Ripon.

A video was played which showed a group of young people who get drawn into the dangerous world of drug dealing resulting in one of them being stabbed.

The children then provided key messages from the video which Christina put into a poem.

At the end of the session a “No more knives or County Lines” work booklet was handed to the children this includes a quiz, key messaging, and contact details for support networks.