Town boss Simon Weaver has been speaking to Your Harrogate ahead of the club’s final match of the League Two season.

The club are currently 17th in the league and host Sutton United at the EnviroVent Stadium tomorrow (Saturday).

But the match will also hold special significance for midfielder Lloyd Kerry, who is set to retire and move into a scouting role at the club. 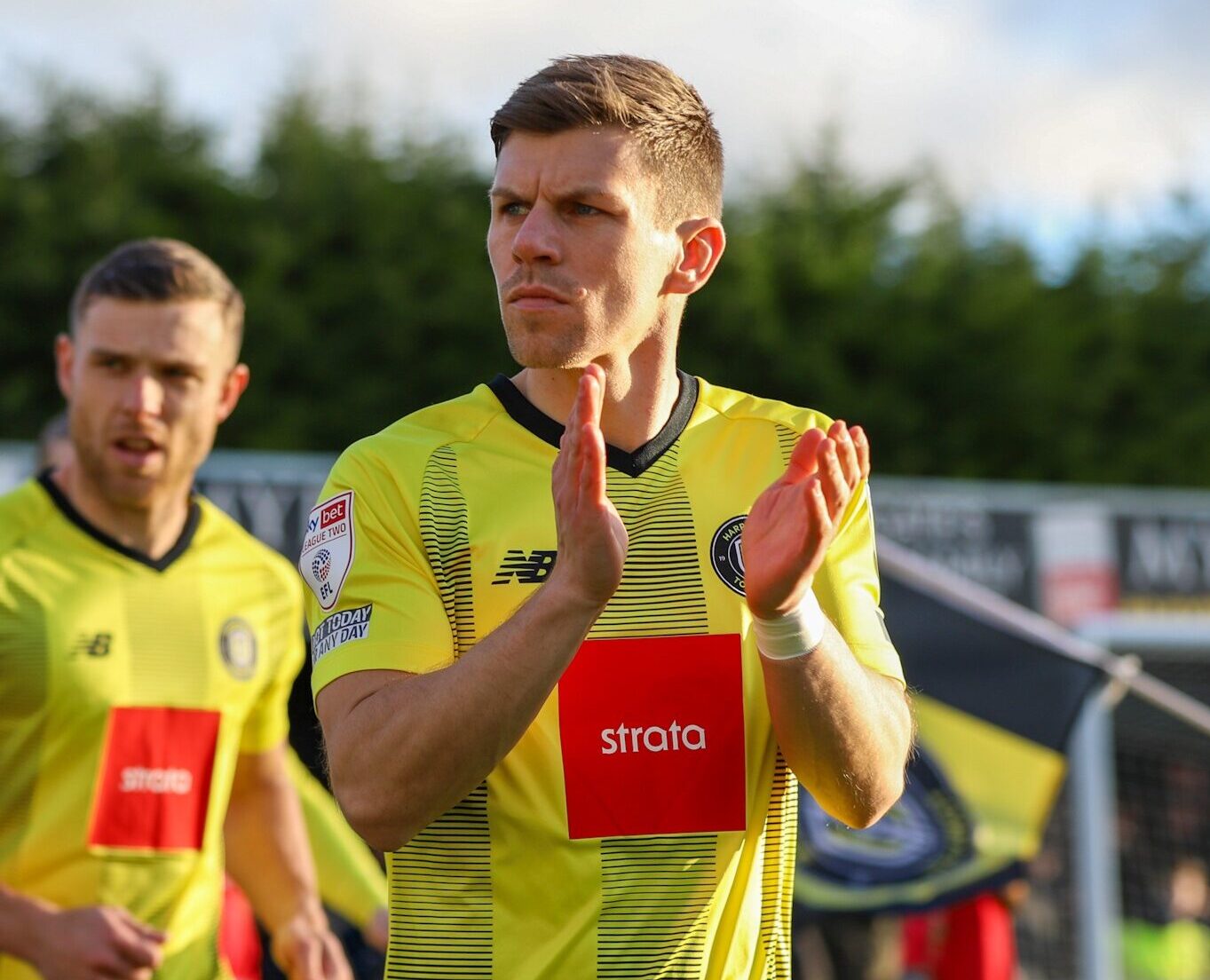 The match against Sutton will be Lloyd Kerry’s last in a Town shirt.

The former Sheffield United trainee has been at Town for eight years and has featured in more than 220 games.

And Town boss Simon Weaver has heaped praise on his long-serving player – even admitting he’d invite him round for Christmas dinner.

Harrogate Town host Sutton United at The EnviroVent Stadium on Saturday 7th May. Kick off is at 3pm. Get your ticket here.