Organisers of the annual Knaresborough Tractor Run will be holding a photo competition to collate images for their 2022 calendar.

The Knaresborough Tractor Run, which was due to be held last weekend before being cancelled due to the pandemic, releases a calendar each year containing photos from the previous year’s run.

However this year organisers are holding a competition to choose 13 winning photos that will feature in the 2022 calendar, whilst also raising money for Yorkshire Air Ambulance. 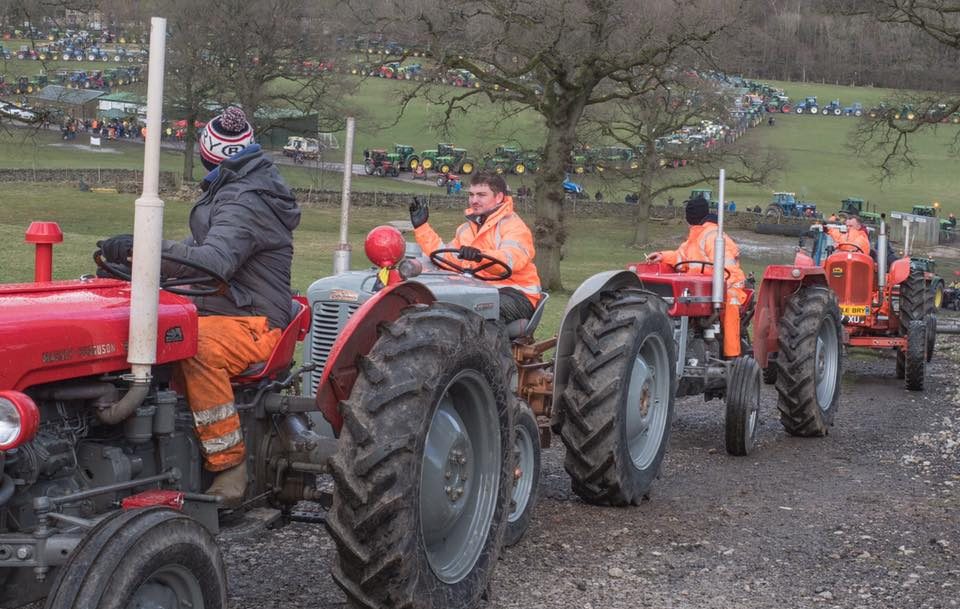 The Knaresborough Tractor Run 2021 was cancelled due to the pandemic.

Tim Weatherhead, one of the driving forces behind the event and a member of the Knaresborough YFC committee, said:

“We usually fill the calendar with pictures from the actual day. Obviously this year we can’t do that and so for 2022 we need some photos, not just from past tractor runs but from everyday life, people driving their tractors for work or on their farms.

“We held out for as long as we could because we knew we could organise it at the last minute, but this year it just wasn’t going to happen.”

The Knaresborough Young Farmers’ Club hold the tractor run each year to raise money in memory of former member Mike Spink, who died in a road accident while working on a farm in New Zealand in 2017.

“We decided not to move the date and obviously following the government announcement it wasn’t going to happen this year, and it is gutting, because the committee do it to remember Mike.

“We started doing the tractor run to remember him in 2017 and it’s just grown into something that’s a big fundraising event.”

Last year the event raised more than £20,000 for the Yorkshire Air Ambulance, and whilst he recognises that they won’t be able to achieve that level of fundraising this year, Tim is still hopeful that they can still donate to the charity:

“We know we want be able to raise the same amount as last year but we just wanted to help Yorkshire Air Ambulance out as they haven’t had a lot of income this year.

“Anyone can enter the competition and donate, as long as it’s a picture of a tractor and is one you’ve taken!”

Those wishing to take part in the competition need only choose your best tractor photo (it can be a tractor in any setting) and upload it to this Facebook page.

Entrants are then asked to donate a minimum of £10 to the Knaresborough YFC Charity Account.

The competition will close at midnight on Tuesday 16th March before 13 winners are chosen and announced on Sunday 28th March.

Find the group and more information about the competition here.