“It would mean everything”: Harrogate Town captain hopeful fans can attend Wembley showdown

“It would mean everything”: Harrogate Town captain hopeful fans can attend Wembley showdown

Harrogate Town captain Josh Falkingham has said it would mean “everything” if fans were able to attend the club’s FA Trophy final fixture at Wembley in May.

The Football Association (FA) had organised the final for Monday 3rd May, just 20 days before the government plan to allow fans to return to football stadiums.

But, after gaining support from Harrogate & Knaresborough MP Andrew Jones, Town captain Josh Falkingham is still hopeful the fixture may be moved.

“It would mean everything. After everything that we’ve gone through and managing to play at Wembley, if we could just push the game back a couple of weeks and allow fans and close family members that have been with us to attend, it would be an unbelievable feeling.

“We’re just as desperate as everyone else to allow fans to come to that game, so fingers crossed we can get a really good outcome and the game can be changed.” 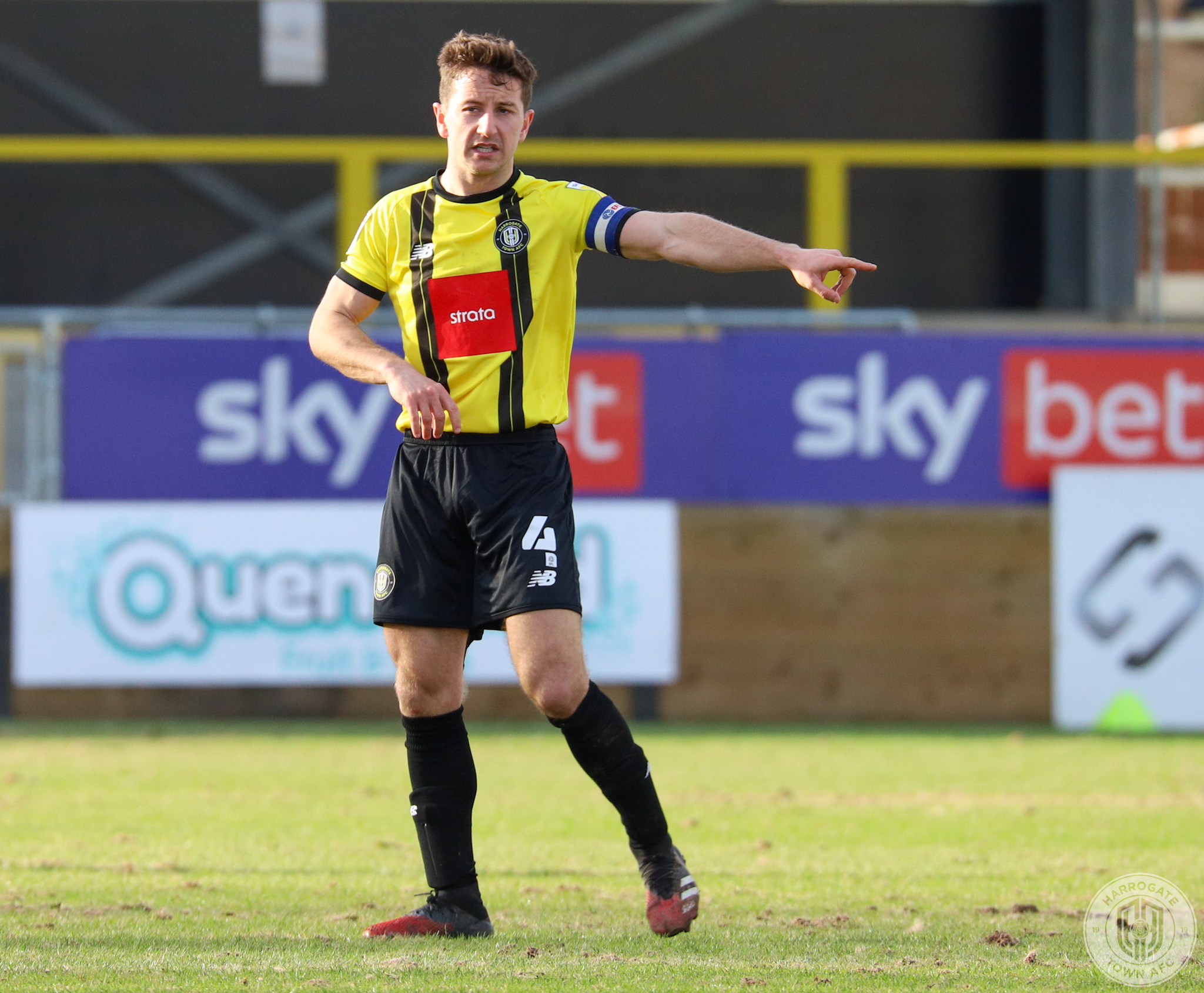 The issue has already been raised in parliament as Harrogate MP Andrew Jones called for Prime Minister Boris Johnson to support Town’s campaign to move the date of the fixture.

The FA Trophy final, which was originally postponed last year due to covid, will see Town travel to Wembley for just the second time as they play Concord Rangers.

Speaking to the Prime Minister in the House of Commons on Wednesday, Andrew Jones MP said:

“On 3rd May, Wembley is scheduled to host the finals of the FA Vase and FA Trophy—not from this season, but delayed a year from the last one.

“But that date means that no fans can go, even though a trip to Wembley to follow their team is like a holy grail, especially for the smaller clubs.

“Will the Prime Minister join us in encouraging those scheduling the matches to do all they can to move the date, so that the fans can attend?”

“I hope very much that the Football Association will have listened carefully to what my hon. Friend has said and that they will do what they can. I look forward to 17 May, when spectators, according to the road map, may return.”

Before their trip to Wembley, Town are fully focused on securing safety and remaining in League Two for next season.

Having lost to Morecambe last time out, the first time they have lost at the EnviroVent Stadium in over a month, Josh Falkingham said the squad have been working hard in training to ‘react’ in the right way:

“We’re really disappointed with the result last week, especially considering how good our form has been since the turn of the year, but we’ve put the hard work in in training and we’ve reacted exactly how I thought the squad would react.

“We’re not mathematically safe so we’re still fighting and scrapping, we want to be in a position where we can look up and we’re fighting for every single point.”

Town currently sit in 13th place in League Two and are 16 points above the relegation zone with 10 games to play.

And Josh is hoping that the club can look above themselves in the table rather than over their shoulders in the final stages of the campaign:

“There’s still a lot to play for and for us as players, it’s about getting as many victories as we can between now and the end of the season and put them points on the board and see where it puts us.

“When you look too far ahead I think that’s when it can really affect you. We’ve just got to win the next game and that’s the sole focus. We’ve got ten games left and it’s about hopefully just ticking them off and getting as many points as we can.”