Harrogate – the chic capital of the North?

Home/News/Harrogate/Harrogate – the chic capital of the North?

Harrogate – the chic capital of the North?

We in Harrogate like to think we’re pretty stylish, elegant, fashionable… Well apparently it’s because we are!

Having already been voted as ‘The Best Place to Work from Home’, Harrogate has now been identified by British Magazine Tatler as the ‘chic capital of the North’ and North Yorkshire’s ‘stylish quarter’!

We totally agree of course, but the magazine have picked out a few Harrogate businesses in particular that they think bring the ‘chic’ to Yorkshire’s spa town… 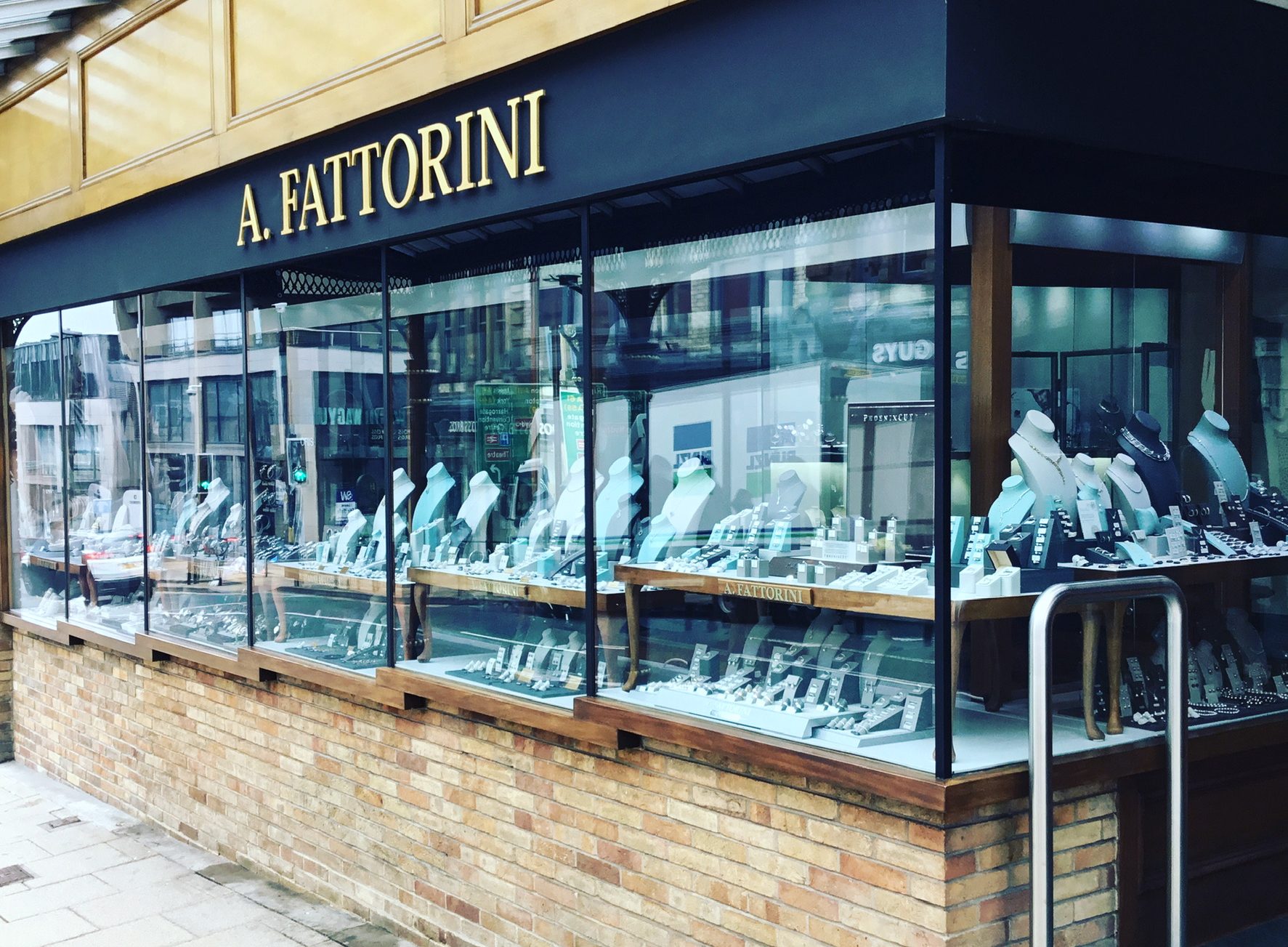 A Fattorini has been identified by Tatler as possessing the finest pieces of jewellery.

What better place to start when talking about chic? When it comes to jewellery, Tatler are impressed by A Fattorini and Ogdens in Harrogate:

“Head to Fattorini’s on Parliament Square for the finest pieces of jewellery. Today it’s run by direct descendants of the original Antonio Fattorini and it’s where the Empress of Russia would buy all her jewels (before she was executed).

“Another place to look is Ogdens, a family run business that has been going since 1890. Ogdens were closely associated with the renovation of the beautiful ‘Kursaal’, the Royal Hall, and presented His Royal Highness The Prince of Wales with a Breguet watch in 2006 when he visited Harrogate.” 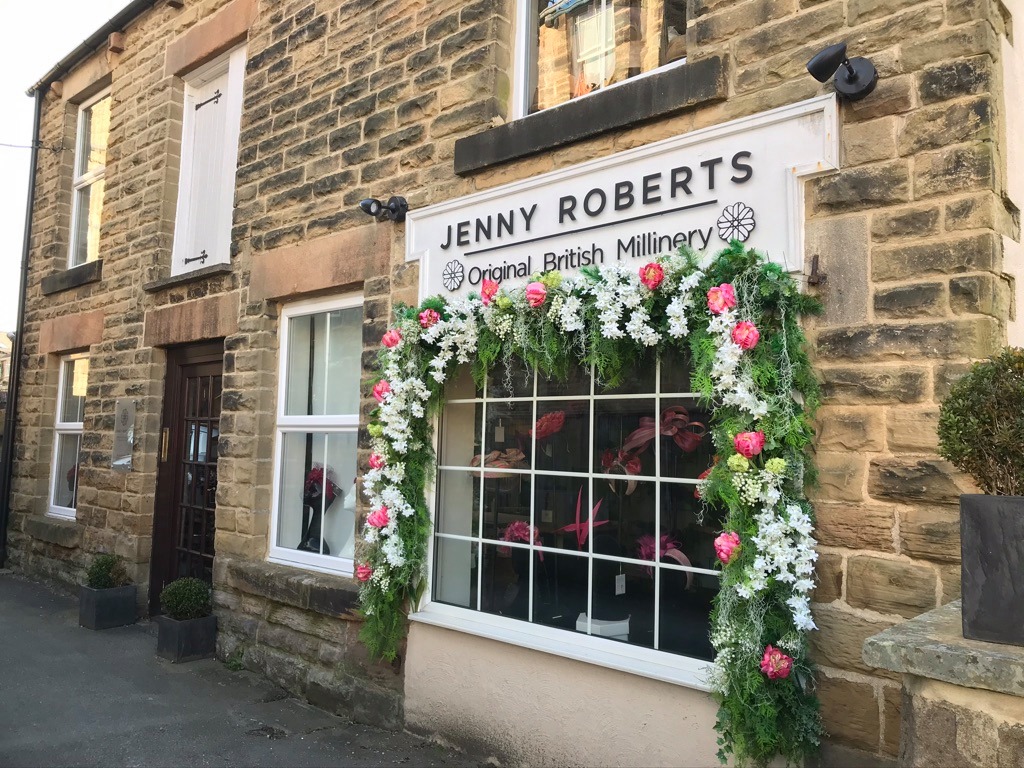 Jenny Roberts Millinery of Cold Bath Road is the place to go for hats.

What chic outfit is complete without a good one-off hat? And Tatler have singled out Jenny Roberts Millinery of Cold Bath Road:

“Jenny Roberts ‘Original British Millinery’ can be found in Harrogate, and is well known to be the best milliner in Yorkshire. Jenny made hats for Lady Jopling, Caspar’s granny, and Caspar’s sisters, the very gorgeous Wiz and Connie Warde-Aldam. Lady Ingilby swears by Jenny’s hats.”

When dining in Harrogate, you can’t go wrong with Will & Vics according to Tatler.

A big one in the world of chic – food. And we know Yorkshire has plenty of options there! Tatler have identified two places in Harrogate that are not to be missed:

“In Harrogate, the social set love Fisk, a champagne and fish restaurant on Montpellier Mews, a stone’s throw from Betty’s.

“On a date night, you can’t go wrong at William and Victoria wine bar (fondly known as ‘Will and Vics’) at the bottom of the Cold Bath Road, with over 70 wines available and as a champion of Yorkshire gins, an excellent evening is guaranteed (and an outside seat is best for people watching).” 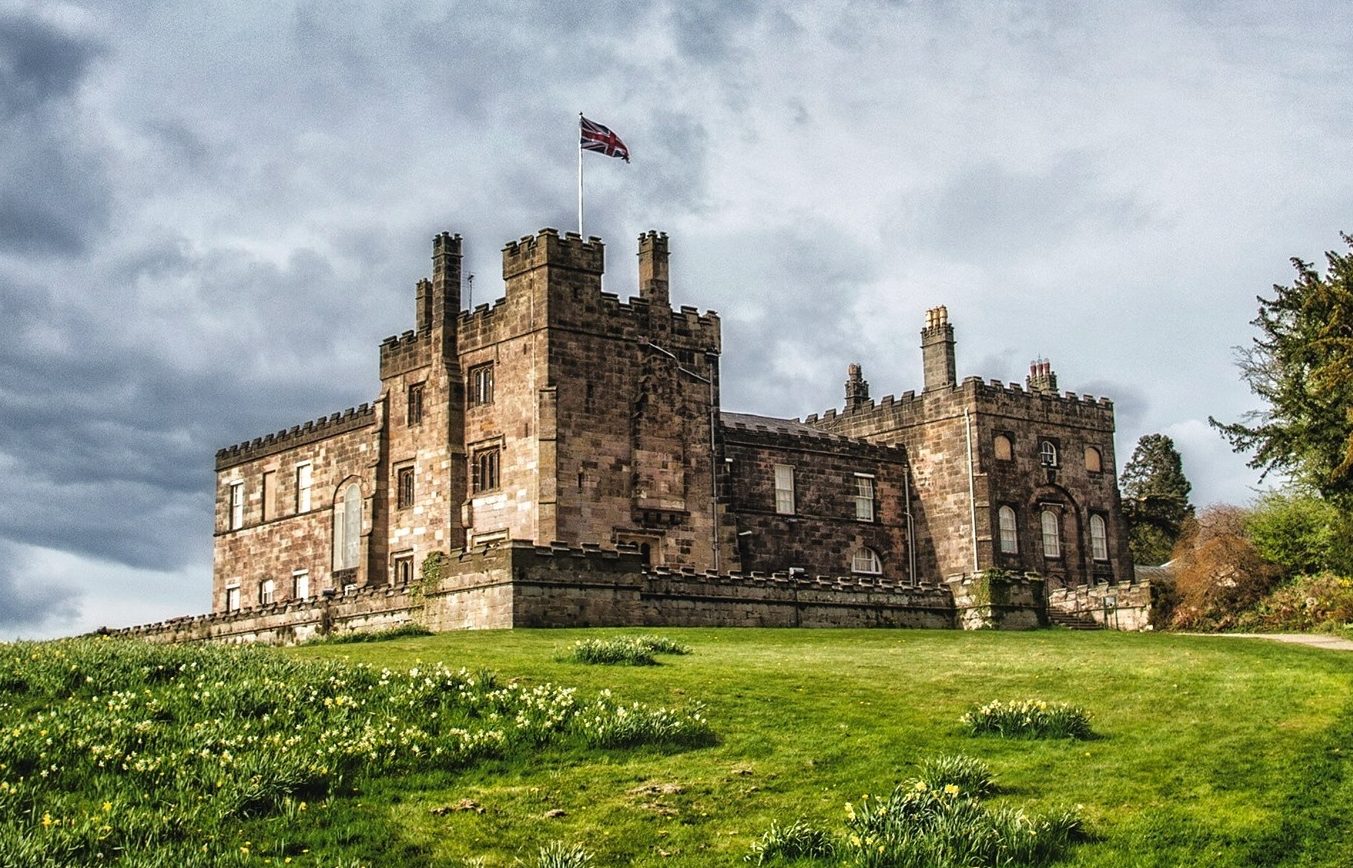 Ripley Castle’s rose-strewn gardens and ornamental lakes have caught the eye of Tatler.

There are so many to choose from across the Harrogate area, but when it comes to attractions, Tatler have picked out Ripley Castle, the Boar’s Head and Newby Hall:

“Ripley Castle has been the home of the Ingilby family for 700 years, Sir Thomas, the current owner, is the 6th Baronet, and Ripley itself is surely one of the prettiest villages in the country. But a ten minute drive from Harrogate, it was modelled on a village in northeastern France and the effect is gloriously European. Visit the spectacular, rose-strewn castle gardens and admire the ornamental lakes.

“Stop off at the delectable tearoom and have an ale at the Boar’s Head. It’s a brilliant place for weddings and parties (in particular those hosted by the Ingilby family themselves). The family are good with themes, Moulin Rouge and Game of Thrones being but two of the family 21sts hosted.

“Another place to be sure to go is Ripon’s Newby Hall, the seat of Richard and Lucinda Compton. Newby arguably has Yorkshire’s most beautiful gardens complete with a spell-binding shell grotto, designed by Linda Fenwick, the former High Sheriff of North Yorkshire.” 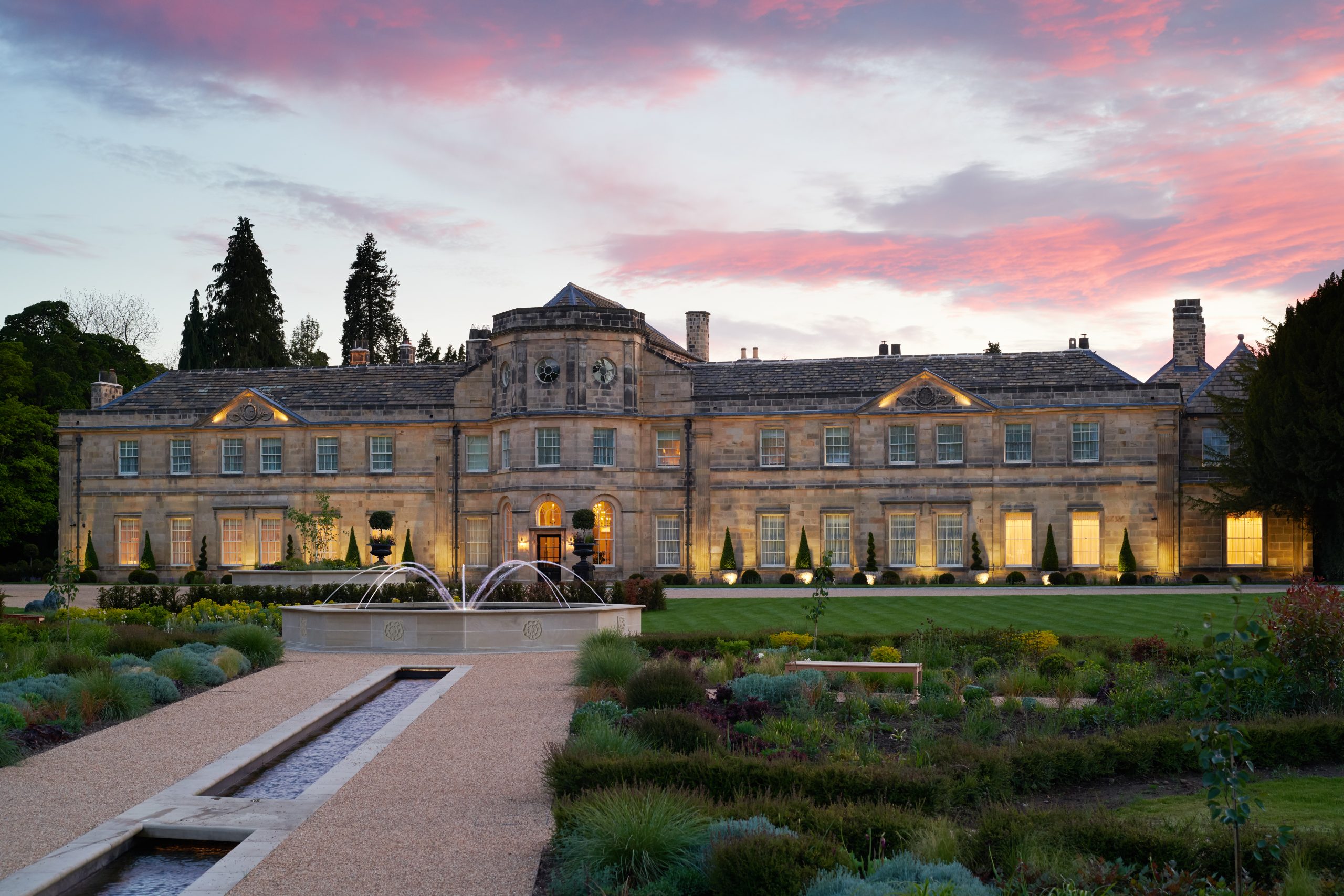 Grantley Hall is one of the hotels recommended by Tatler.

And finally, where’s the best places to stay in the ‘chic capital of the North’? Two of the region’s best hotels come up trumps for Tatler in Rudding Park and Grantley Hall:

“Rudding Park is a bona fide jewel of a hotel, the Grade I-listed Regency building is located a stone’s throw from the centre of Harrogate, but ensconced within its own rural domain down Rudding Lane. In 2019, it was awarded ‘Spa of the year’ but why not ask one of its famous residents to testify to its greatness, Crown Prince Albert and Princess Charlene of Monaco have stayed, so too have former Presidents Bill Clinton and George Bush Senior.

“If you want to branch a little further a field, why not stay at Grantley Hall? The ultra hotel that opened last year, following a mega multi-million development project under Valeria Sykes, the ex-wife of one of Yorkshire’s richest men, Paul Sykes.”