“In light of what we saw with Fabrice Muamba [Bolton Wanderers player who collapsed on the pitch due to a serious heart issue] it’s so important that we all get checked out and make sure everything’s working OK.

“Everyone up and down the country is so thankful for the NHS. Footballers are often looked up to as role models but over the past year it’s been NHS workers who have been the real heroes. Any youngsters wanting a role model should look to people in the NHS.

“We’re massively grateful to be able to come to Harrogate District Hospital during these crazy times. We all know that if it’s needed, the hospital is just around the corner from us.” 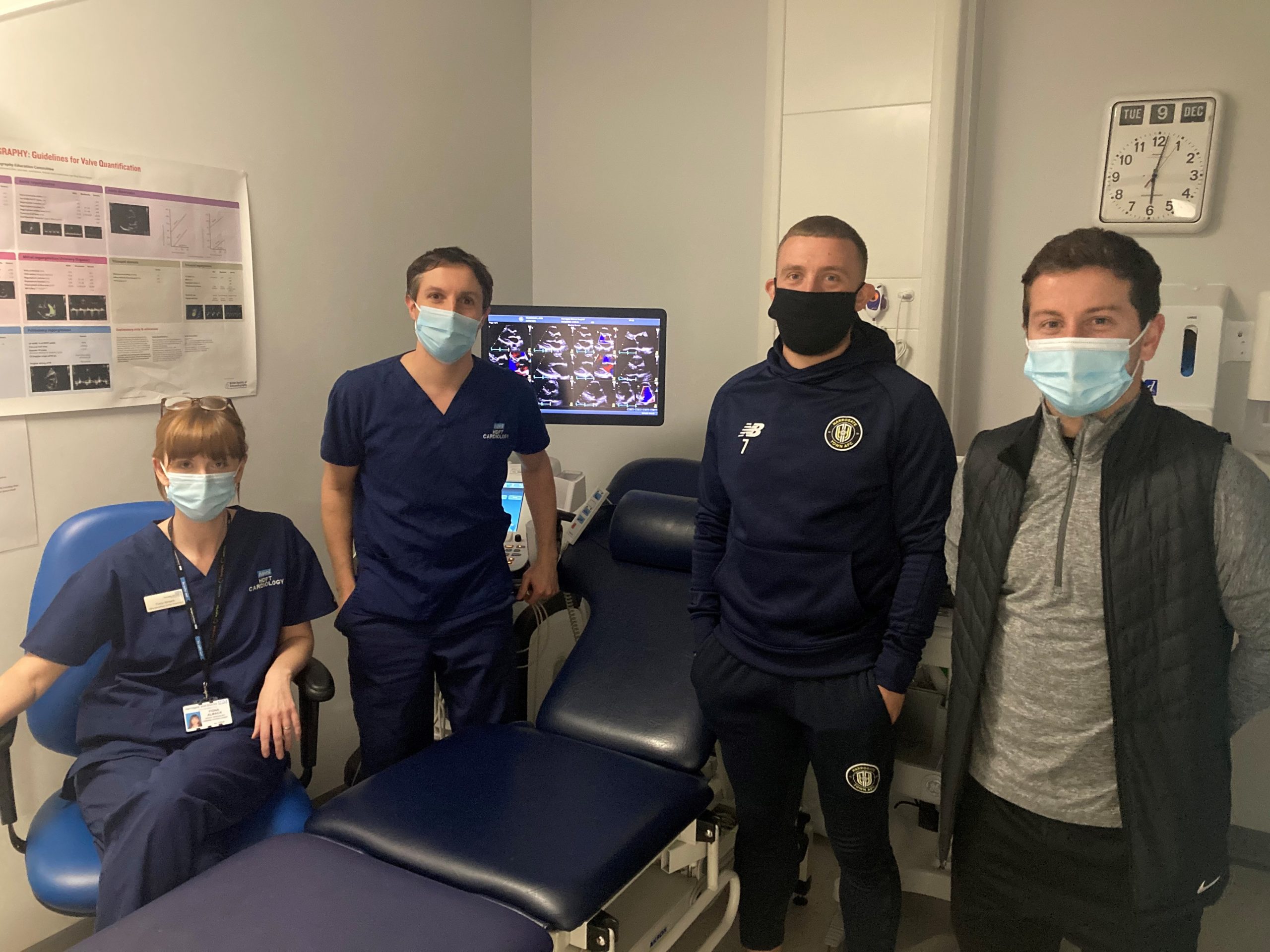 The Club have also issued a thank you message to Lee Bancroft and Fiona Almack, Echocardiographers at Harrogate District Hospital, who are performing the screenings.

“High intensity athletes such as professional footballers can be prone to something happening during activity, so having these screens is really important. They allow us to check everything is as it should be, and also look for any abnormalities. We provide a full assessment, looking at the functional, structural and electrical elements of the heart, We produce formal reports for the club which gives them a significant level of assurance.

“It was great to meet Josh, Jon and George this week and have a chat about the season’s going. It’s fantastic to see our local team doing so well.

“The clinics don’t have an impact on our NHS clinics, and the income from the tests goes towards training in our department.”