Harrogate Town AFC have announced that forward Aaron Martin has extended his contract with the club for a further two years.

Having signed for the club in March 2020, the Sheffield born frontman had to wait four months for his debut, but went on to help the club win promotion to the EFL at Wembley Stadium.

Aaron, who will remain at Town until the end of the 2022/23 season, recalls his earlier days at the club:

“It seems like such a long time ago that I signed, so much has gone on since.

“I’ve played at Wembley which was a massive experience for me and everyone involved, we got promoted to the Football League, I’ve made my first appearance, scored my first goal in the league, played in the EFL Cup and the FA Cup.

“All those things have made it such a memorable first season. It’s just a pity that we haven’t had the fans with us to celebrate it.

“I’m really happy to sign an extension and stay in the Football League and stay with Harrogate who are a great club. Hopefully, I’ll be here for some time.” 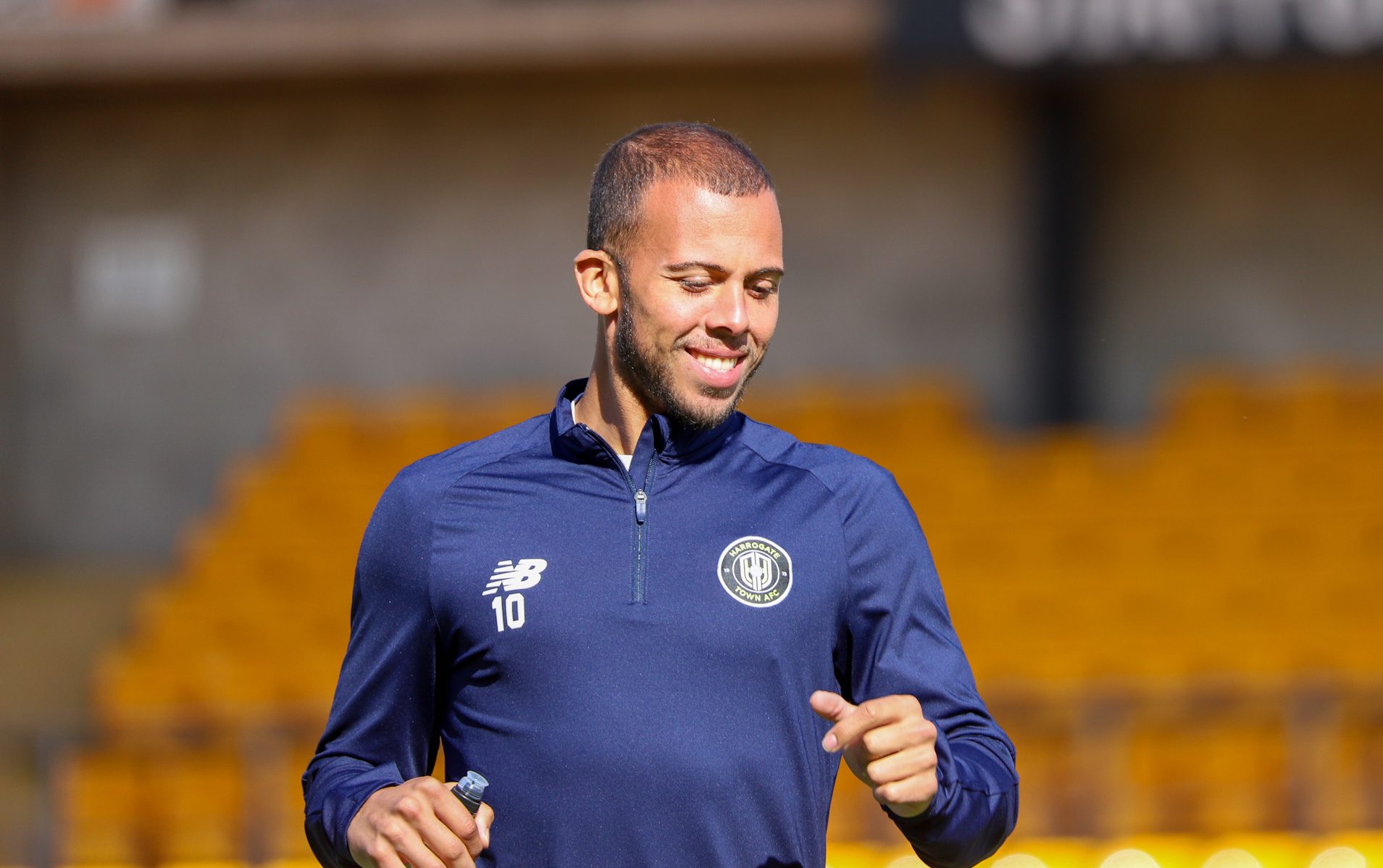 The former Brighouse and Guiseley forward has gone on to make 41 appearances for the club, scoring on his EFL debut away at Southend and adding five more as the season has progressed.

“I’d like to think in the next two years we’ve got a real chance of making it to League One and push towards the play offs.

“I want to play as many league games as possible and score as many goals as possible. It’s always about improving so whatever I finish on this year, I’d like to improve on in the next two years.

“I think we’re doing really well as a team. I mentioned to the Gaffer not so long ago that we’ve come out of the depths after some thought we were going to sneak into that relegation zone as we were hovering above it for a little bit, but we’ve pulled together, had some really good results and we’re not far off the play offs and that’s the aim.”