Schoolchildren from Richard Taylor Primary joined residents from Harrogate Neighbours on a trip along the Amazon river – thanks to virtual reality technology.

It was introduced as a form of reminiscence therapy designed for residents living with dementia.

But Harrogate Neighbours held a special event for the youngsters this afternoon, with the virtual trip shown on the screen whilst children tucked into delicacies and met exotic animals native to South America. “It’s been an amazing afternoon. I loved the trip on the train and meeting the snake!

“The older people were all really friendly and it was nice to chat to them about the different palaces they have travelled to.”

The carriage with all the authenticity of an early 20th century first class train carriage has been installed in the lounge area for residents and visitors to enjoy. 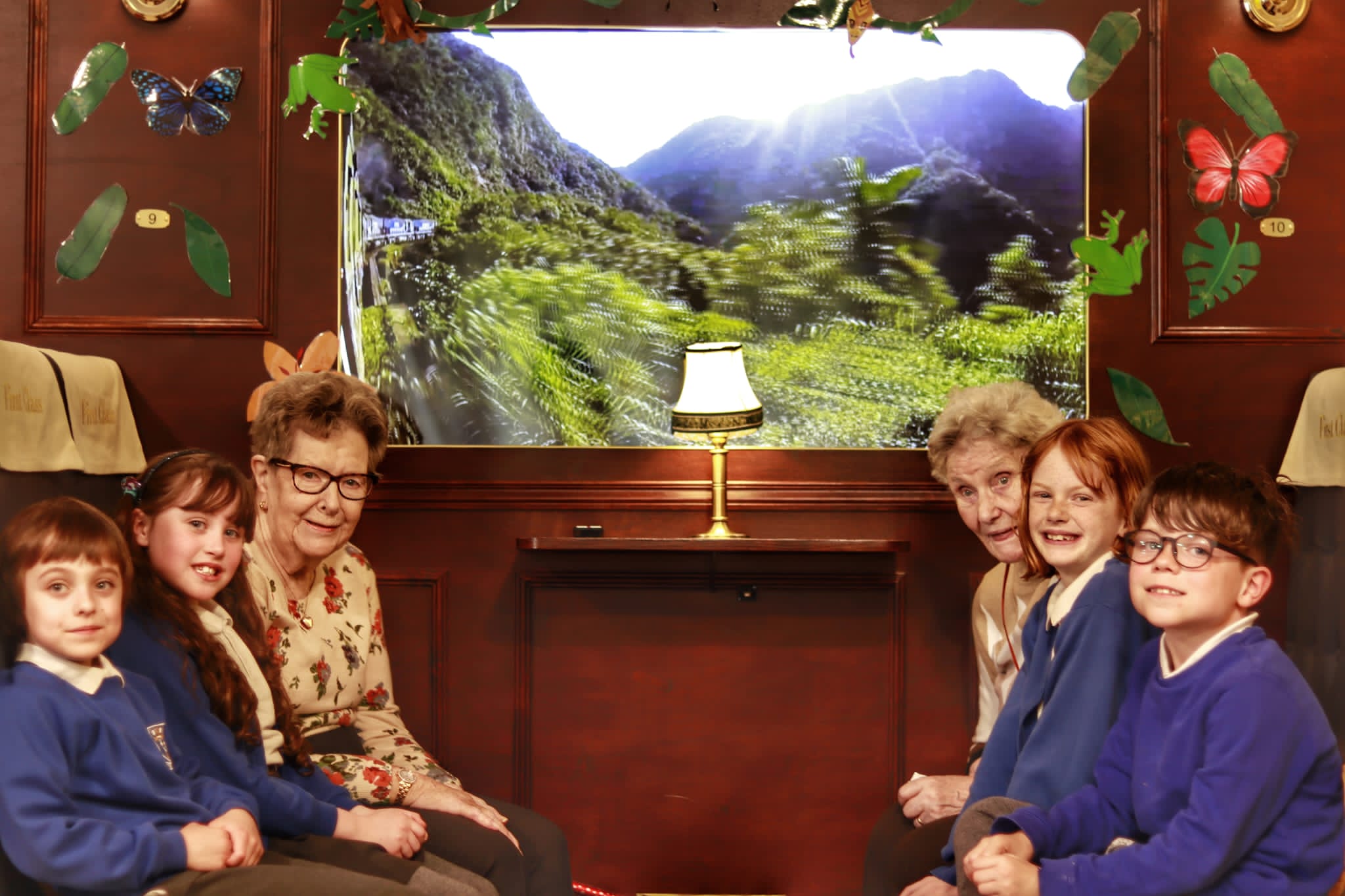 “We’ve loved having the children come and visit us – they’ve asked lots of question and taught u lot of interesting fact about the different animal found in South America.”