A Harrogate man has been recognised for bravery following an incident at Wakefield Westgate station.

Phil Jones stepped in to detain a man who was responsible for assaulting a train conductor in September 2019.

And Phil, who works as a crime reduction manager for Northern, is one of five employees to be awarded a Certificate of Commendation at the British Transport Police Pennine Sub Divisional Awards.

“I’m very honoured and humbled to be recognised by the British Transport Police.” 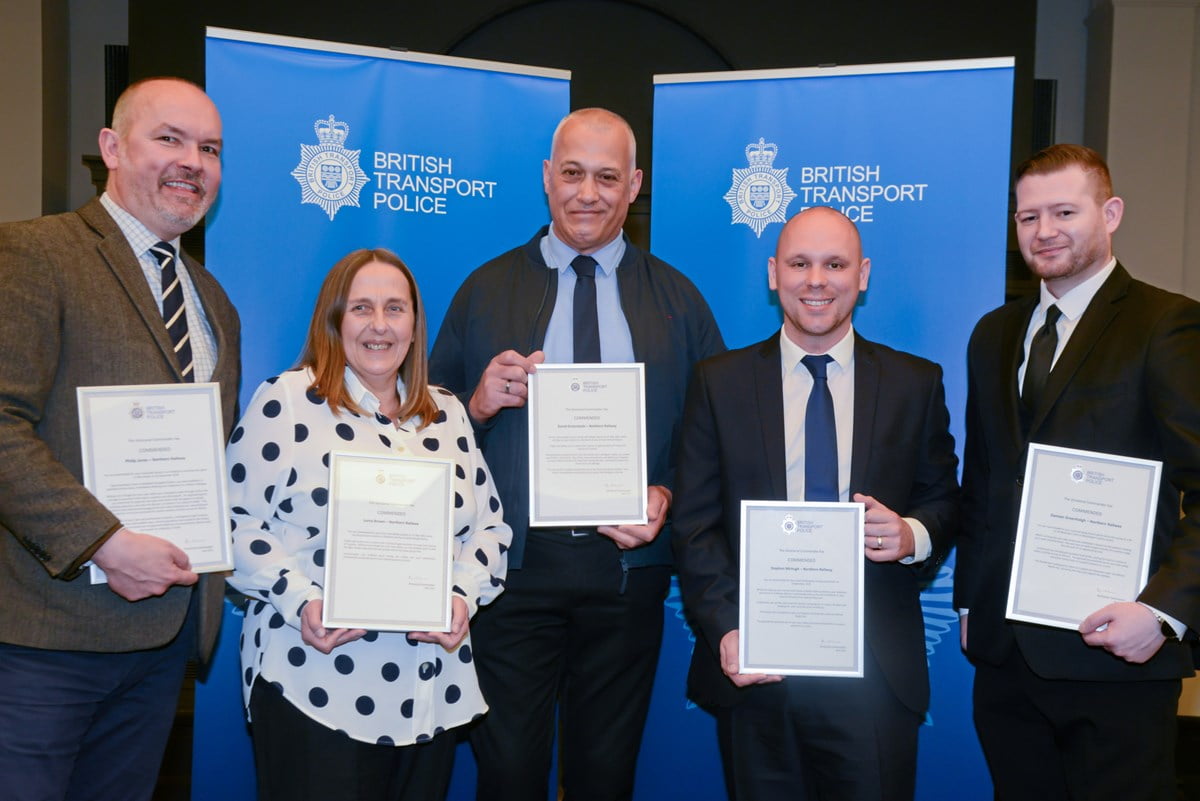 Phil Jones (far left) was one of five Northern employees to receive a Certificate of Commendation.

Anyone who witnesses a crime taking place on the railway should contact British Transport Police by texting 61016 or by calling 0800 40 50 40. Alternatively, people can call Crimestoppers, anonymously, on 0800 555 111.