The winners of the Harrogate Christmas Shop Window Competition have been announced after twenty-seven shops had asked to take part.

Helen James Flowers on Station Parade has been named as the overall winner as well as the winner in the medium shops category, whilst Mama Doreen’s Emporium and Boho Chic on West Parade came out on top in the large and small shops categories respectively. 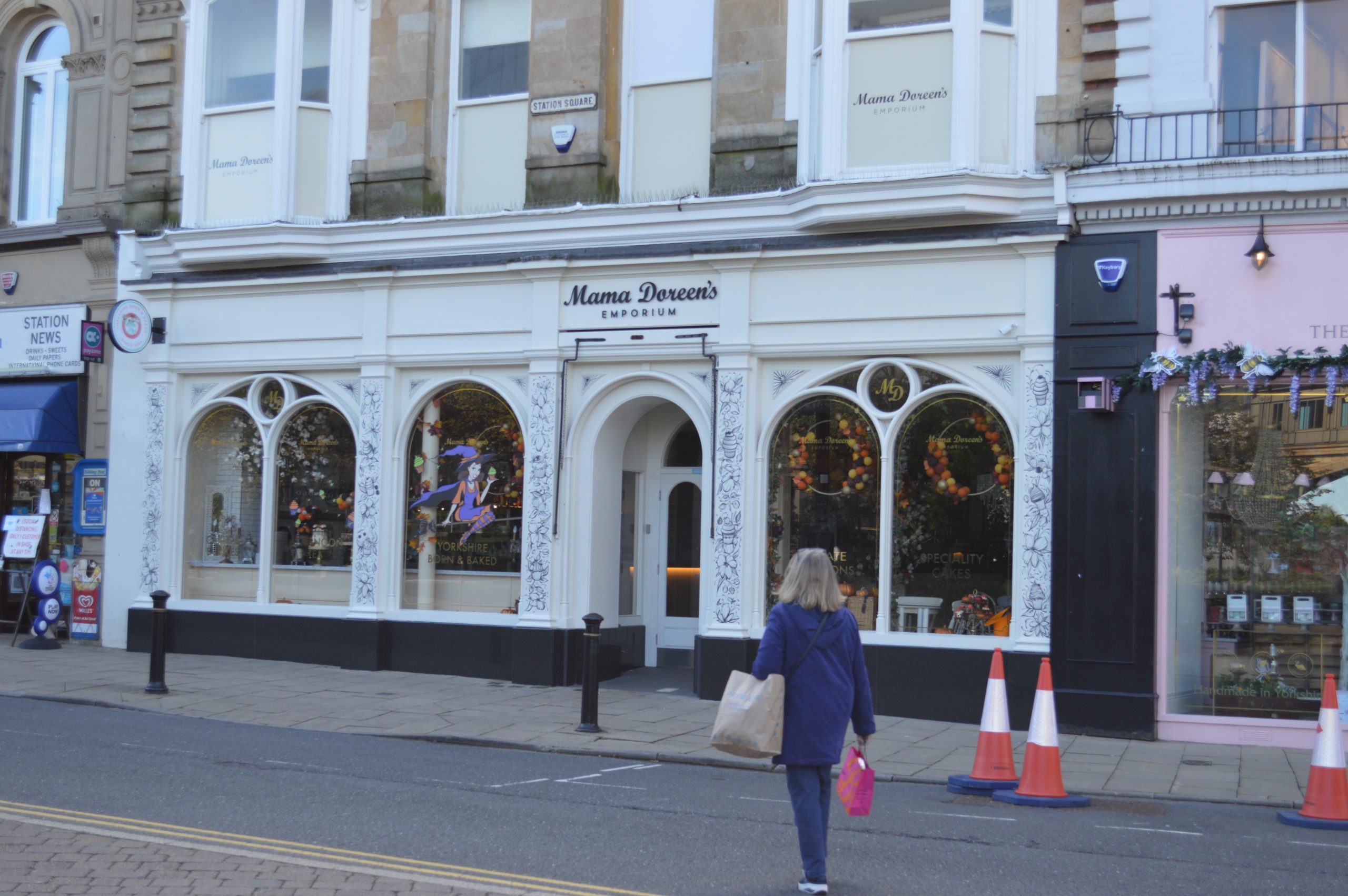 Mama Doreens was the shop window winner in the large shop category.

“I am thrilled! I am absolutely delighted to win this award after such a challenging year we have all had this year, congratulations to everyone else who took part in the competition.”

The judging of the windows took place on Thursday 10th December, organised and carried out by The Rotary Club of Harrogate.

Graham Saunders, who organised the judging on behalf of the Rotary Club, said:

“We were delighted to be able to organise the competition again this year, particularly with the problems for retailers brought about by the Covid-19 lockdown. Harrogate is lucky to have so many independent shops who enjoy taking part in the competition.”

The competition this year was supported by the Harrogate Business Improvement District (BID) who presented a Harrogate BID Gift Card to each of the three winning shops.

Sara Ferguson, the Acting Chair of the BID, congratulated all the retailers for making the extra effort to decorate their windows for Christmas and take part in the competition during such a difficult time.

“The retailers who took part in the competition have gone to great lengths to make their shop windows look fabulous, which in turn has given the town centre a real festive boost.”

The presentation of certificates to the winning shops was carried out this afternoon (Monday) by a group including Councilor Zoe Metcalf, Deputy Mayor of Harrogate, Alistair Ratcliffe, President of the Rotary Club of Harrogate and Sara Ferguson, Acting Chair of the BID, who visited each of the shops.