Fire crews were called to a car fire on the A1(M) yesterday that left a BMW “totally destroyed.”

Knaresborough, Boroughbridge and Harrogate firefighters attended the blaze at around 9:16pm heading northbound on Junction 48.

The cause was believed to have been an engine fault, according to the North Yorkshire Fire & Rescue incident log. 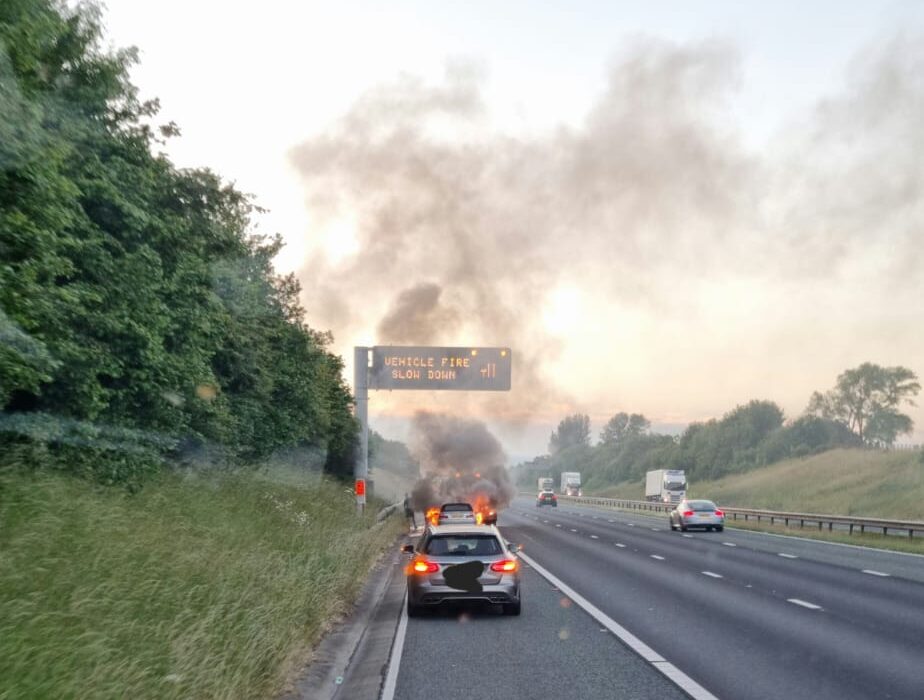 Fire crews were called to the car fire on A1(M) near Boroughbridge.