Econ engineering’s longest-serving employee – who started his lengthy career as an apprentice machinist – will be retiring 50 years to the day he first joined the family-run business.

Production Manager Peter Thompson – who was just 16 when he started as an apprentice engineer on December 11, 1970 – initially worked in the machine shop as a ‘toolist’.

Over the course of a three-year training programme, he worked in all areas of the factory, including hydraulics and the fitting side, whilst studying at Harrogate College and then Kidson College in Leeds for his qualifications. 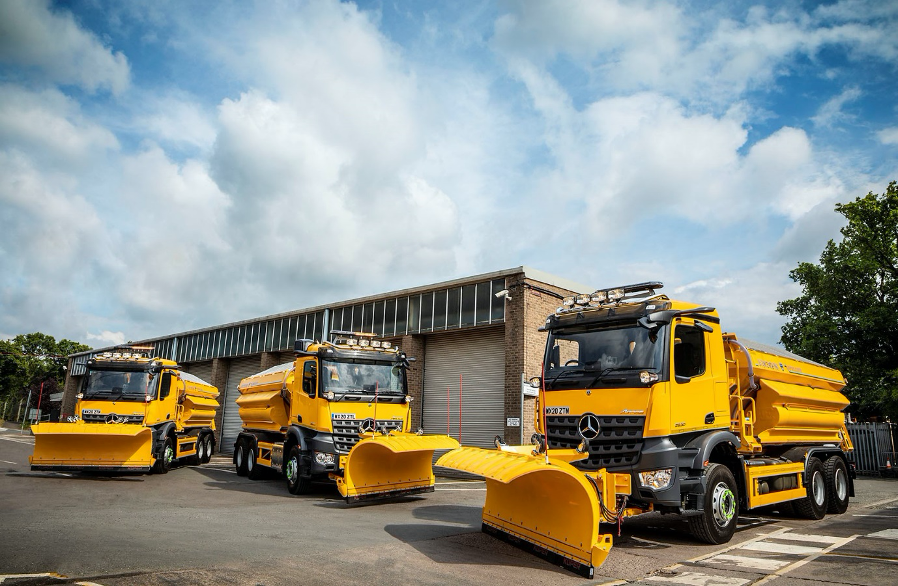 Econ Engineering in Ripon are the UK’s leading manufacturer of gritters.

For the last two years Peter, who was taken on by Econ’s founder, W George Lupton – a man he still holds in the highest esteem to this day – has been heading up the company’s purchasing department.

When Peter joined the firm, which now supplies 85 per cent of the winter maintenance vehicles used on Britain’s roads and employs a workforce of more than 240, was originally based on the old Vaux Brewery site.

The company then moved to a site on Magdalen’s Road for four years, before relocating to its current Boroughbridge Road base.

On his retirement, Peter was looking forward to spending time in Australia with his two children and four grandchildren, but this has been put on temporary hold due to Coronavirus. However, he has purchased a 34-year-old Suzuki RH250 as a restoration project.

“I’ll take a lot of happy memories with me. When I started as employee number eight, Econ was a ‘little minnow’. Now it has grown to this ‘monster’ as I would call it, and it has just been great.

“I started in 1970 as a fresh-faced 16-year-old, but within seven months my brother died. I nearly lost my way but WG, (Lupton) as I called him, kept me together. I buried myself in my work and that’s how I got through it.

“The difference in today’s machines compared to those of 50 years ago is vast. They are so technically advanced. These were the first automated salt spreaders and now have satellite tracking and computer-aided distribution of salt. It’s just a different world altogether.

“There have been so many highlights over the last 50 years that I can’t pick out any single moment. Every year there has seen some event that motivated me to keep going at the same level. I will miss Econ very much.”

“Peter is our longest serving employee, and a role model and inspiration to many. Starting as an apprentice gave him a great insight into the workings of the business, and as the company grew, so did he and his responsibilities.

“He has passed on his knowledge and experience to countless other apprentices, and this has helped them in their Econ careers. Whilst we will miss him, we wish Peter a long and happy retirement and hope it’s not too long before he’s able to see his children and grandchildren in Australia.”