A Knaresborough woman who has dedicated her life to teaching people about road safety has been recognised on the 2021 Queen’s Birthday Honours List.

Lauren Doherty was involved in a life-changing road accident in 2008 that left her completely paralysed and needing two assistants at all times.

This lead her to launch ‘Road Safety Talks’ – a charity that aims to educate people of the issues around road safety and reduce personal injury and death to road users.

And as a result of her efforts, Lauren has been awarded within the Queen’s 2021 Birthday Honours List and will receive a British Empire Medal (BEM) for Services to Education.

Lauren recalls the moment she discovered the news:

“Because of Covid, they notified me through email, so receiving that late on Thursday night was something that I never expected.

“I spoke to my parents afterwards and my dad got quite emotional about it. I know that they’re proud of me anyway, but receiving this has just made everything that we’ve been through as a family worthwhile.” 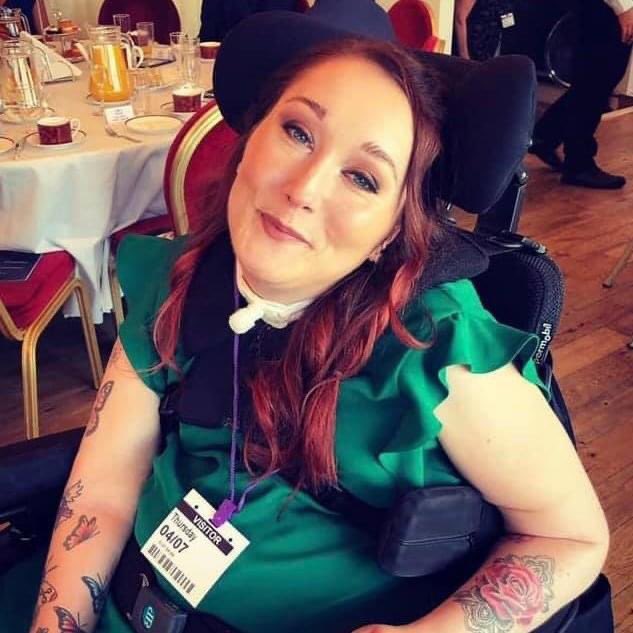 The Queen’s Birthday Honours lists recognise the achievements and service of people across the UK, from all walks of life.

And North Yorkshire Police have played a large part in nominating Lauren to receive national recognition.

Roads Policing Sergeant Paul Cording from North Yorkshire Police praised the “inspirational” work that she has done around road safety.

“Its absolutely incredible how she has turned such a negative life experience into such a positive – it’s almost beyond comprehension.

“She is a true inspiration, that’s the only way I can describe her, and the way she has helped me, my department, the organisation and thousands of people, not only within the Harrogate District but regionally and now nationally… it’s nothing short of miraculous really.”

Listen to the full interview with Sgt Paul Cording here including what’s next for Lauren:

Thirteen years ago Lauren was hit by a van after a night out with her friends which left her paralysed from the neck down.

Lauren then spent 16 weeks in hospital with a broken neck and was told she would never be able to breathe on her own again.

But after proving doctors wrong, Lauren has spent the past five years dedicating her life to prevent others from going through the same experience through ‘Road Safety Talks’.

As the charity continues to expand, Lauren has been able to renovate her home to allow her to conduct more talks and reach a wider audience.

Find out more about Road Safety Talks, the work they’ve done across the Harrogate district and plans for the future here.